NEST Cut Off 2021 - The conducting bodies, NISER and UM-DAE CEBS, will release the NEST 2021 Cut Off separately on their official website along with the announcement of the results. The NEST 2021 Cut Off is the minimum marks that candidates need to score in the NEST exam to be deemed as eligible. The conducting bodies will calculate the NEST cut off 2021 on the basis of section-marks and overall marks obtained by the candidates. Those who manage to score the marks equal to or more than the marks mentioned in the NEST 2021 cut off set by the conducting bodies will be allowed to continue with the next level of counselling process of NEST 2021. Candidates must keep in mind that the merit list for the admission will be prepared based on the Cut Off of NEST 2021 only. To know more about the previous years’ NEST Cut Off trends, details mentioned on the Cut Off list, how that NEST cut off 2021 will be calculated, candidates are suggested to read further. 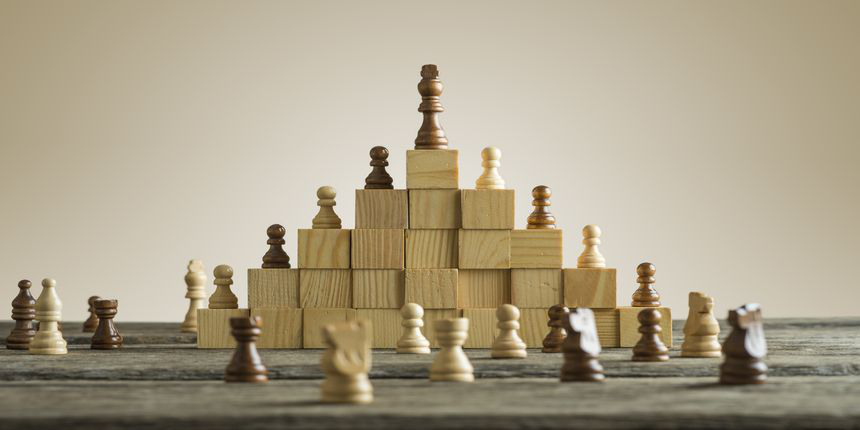 How will the NEST Cut Off 2021 be calculated?

The conducting bodies have set up the Cut Off of NEST 2021 of sections and overall examination. Candidates appearing in the NEST must make sure to obtain the minimum marks to pass both the section as well as the examination.

Factors affecting the NEST Cut Off 2021

There are various factors which affect the Cut Off of NEST. These factors are given as follows-

NEST Cut Off of Previous Years

Question: On what factor will the merit list of NEST 2021 be based upon?

The merit list for the participating institutes is made based on the cut off of NEST 2021.

Question: What does the NEST 2021 Cut Off include?

Question: Will the NEST Cut Off for NISER and UM-DAE CEBS be the same?

No, the cut off of NEST 2021 will be different for different participating institutes.

Question: What if I am not able to score the marks more than the NEST Cut Off 2021?

Candidates who will not be able to score NEST 2021 cut off marks will not be eligible for the counselling process.

Question: What am I supposed to do after the release of the NEST 2021 merit list?

Those candidates whose ranks will fall under the released NEST 2021 merit list need to register themselves till the last date of registration. Candidates will be able to check the scheduled date, venue and timings of the counselling process along with NEST merit list 2021.

Hi Aspirant,
NEST(National Entrance Screening Test) syllabus includes topics from biology, chemistry, mathematics and physics. The question paper of NEST 2021 will include objective questions that will test both the subject knowledge and research skills

Here are listed some of the reference books for NEST exam:

You can refer to below link for more information,
https://news.careers360.com/nest-2021-know-exam-pattern-syllabus-and-preparation-tips/amp

what is the syllabus for nest exam

Hope you are doing great as per the question asked by you the syllabus of NEST exam is given below as follow:


Electricity and Magnetism - Coulomb’s law, Electric field and potential, Electrical potential energy of a system of point charges and of electrical dipoles in a uniform electrostatic field.


Capacitance - Calculation of capacitance with and without dielectrics. Capacitors in series and parallel. Energy stored in a capacitor.


Optics - Rectilinear propagation of light, Reflection, and refraction at plane and spherical surfaces, Deviation and dispersion of light by a prism


Trigonometry - Trigonometric functions, Relations between sides and angles of a triangle, general solution of trigonometric equations

Measurements in Chemistry - SI unit for fundamental quantities, Significant figures in the calculation

I am assuming that you belong to general/obc category.

You are not eligible for  nest examination with your date of birth in 2000.

This is because,
As per eligibility criteria of nest examination , there is age limit according to which those who are from general/OBC category must be born either on or after 1st August , 2001.

In case if you belong to Sc or St or pwd  category then with your date of birth in 2000  you will be eligible for NEST examination because for SC/ ST/ PwD category there's a relaxation of 5 years on age limit.

You can get detailed information about nest 2021 eligibility criteria by visiting our page, the link for the same page is provided below  :-

I would be giving you the information about the exam pattern after which you will be crystal clear of your mind.

The duration will be of 3.5 hrs. There are multiple choice questions. There will be four sections. Section 1 has 50 marks and section 2-4 has 50 marks each. So the total is 200.  There will be negative marking too. For every wrong answer 1/4 marks will be deducted.

For more information you can check out the link given below-

will NEST 2021 conducted by NISER postpone ?

Answer later
Report
View All Questions
Have a question related to NEST ? Ask

Your NEST brochure has been successfully mailed to your registered email id .