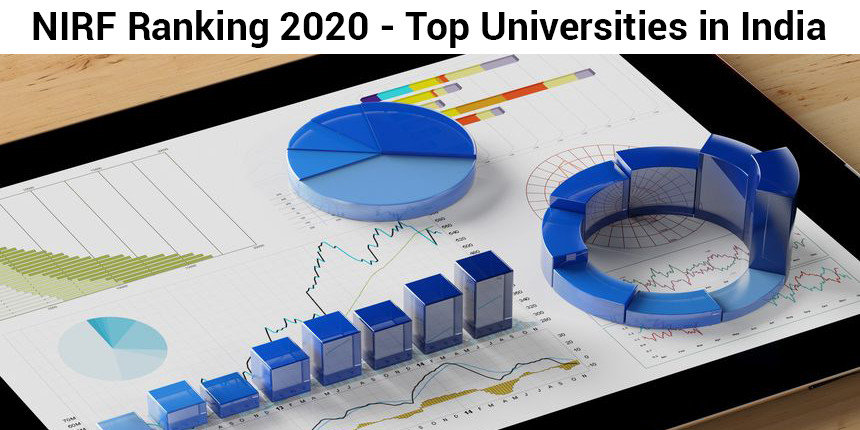 NIRF uses a methodology wherein five major parameters are taken into account which include Teaching, Learning & Resources (TLR), Research and Professional Practice (RP), Graduation Outcomes (GO), Outreach and Inclusivity (OI) and Perception (PR) for a given college or university is given weightage. Under these five parameters, there are further sub-parameters that are taken into consideration for giving rating and ranking to any academic institution. Check the aspects that are taken into consideration from the table below and the respective weightage given to those.

While you are reading about NIRF Ranking 2020 – top universities of India, you would also like to know the state-wise ranking of different universities. Check below

Question: What is NIRF?

Question: How frequently is NIRF conducted?

The ranking is conducted only once a year or annually.

Question: How authenticate is NIRF Ranking?

As it’s an initiative by MHRD, it’s completely authentic. Moreover, its ranking is widely accepted within the country and outside India as well.

Question: Are all institutes in India required to participate in the ranking system?

No, it’s completely a voluntary decision of any particular college or institute if at all it wants to participate in the NIRF.

Question: What is the basis of this NIRF Ranking?

NIRF uses certain formulas and any institution is given weightage and ranking primarily based on five areas that include Teaching, Learning & Resources (TLR), Research and Professional Practice (RP), Graduation Outcomes (GO), Outreach and Inclusivity (OI) and Perception (PR). Further, these parameters have sub-parameters which are also taken into account to rank any institution.