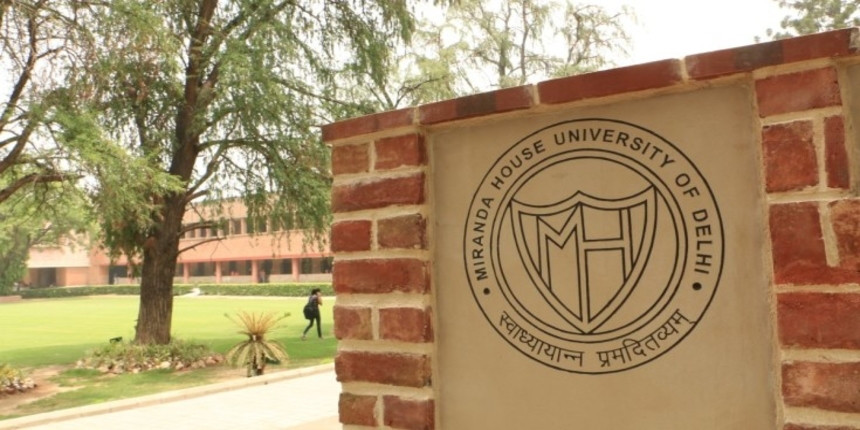 Given below are some of the factors which are taken into consideration while determining the cutoff of Miranda House.

It is always suggested to the Delhi University aspirants that they go through the previous year DU cut off list to get an idea about the qualifying percentage and marks at which they will be offered a seat in their desired college/ course. Here, we have spe the previous year cut off of Miranda House for some top BA Hons., B.Sc Hons. and BA Programme.

How to calculate the Best of Four aggregate marks?

The University of Delhi offers admission to the 91 DU affiliated colleges based on the candidates’ ‘Best of Four’ aggregate marks. In order to calculate the best of four marks, candidates must have four subjects from the qualifying examination.

To calculate the best of four, the following subjects will be taken into account by the Delhi University:

It must be noted that the best of four means the marks of those subjects (where the candidates have scored the highest out of all the subjects) will be included for offering admission to DU courses.

Candidates need to follow the below-given steps to complete the University of Delhi admission process after each cutoff of Miranda House is released.

Step 1 - After the cutoff of Miranda House 2020 is released, candidates must cross-check to see if they satisfy the cut-off of the different programme. Following this candidate must log in to the admission portal and select the appropriate Course to generate the admission application form.

Step 2 - While attending the document verification process candidates must have in hand the following documents.

Question: How many Miranda House cut off 2020 will be released?

The University of Delhi has released seven cut off and one special cut off of Miranda House.

Question: When will the first Miranda House cut off 2020 be released?

The Miranda House 2020 first cut off has been announced on October 10.

Question: What is Delhi University’s best of four calculations?

The average of the highest four subject marks in class 12th examination is known as the best of four calculation of Delhi University.

Question: What are some of the best programmes of Miranda House?

No, Miranda House does not offer any B.A Programme or B.A Hons. programme in Psychology