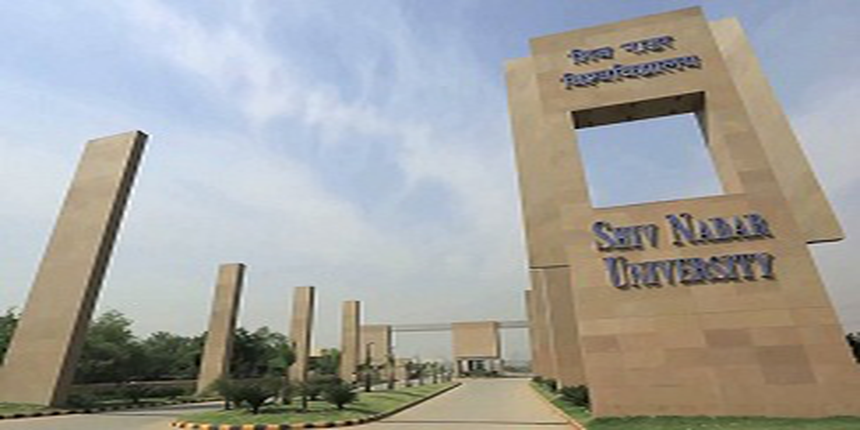 Mike Lawrie, CEO of DXC Technology; Founder and Chairman, HCL and Shiv Nadar Foundation, Shiv Nadar attended the convocation ceremony along with faculty members from the institution, students and parents.

Speaking at the Convocation, Dr S N Balakrishnan, Chancellor, Shiv Nadar University, said, “As a University that is focused on research, we are proud to have the first two doctoral students graduate. One of these students is already pursuing his post doctorate from the Canada-based University of Alberta and the other is joining one of India’s leading business conglomerate – Reliance Industries - as a scientist. With every achievement that our students register, we inch closer to realising our vision of being a global center of excellence in higher education. Year-on-year, our faculty, our students and our partnerships with leading global institutions ensure that new learning, ideas and thinking go out of the University and make a mark on the larger world outside.”

On behalf of DXC Technology, Lawrie congratulated the fresh graduates on their success. He also recognised the University’s efforts in bringing new approaches to learning by inculcating the spirit of innovation as a fundamental approach to teaching.

As many as 58 companies visited Shiv Nadar University to recruit a total of 262 students, who opted for placements, from the graduating class of 2017. Some of the leading organizations that have recruited students from the University include Amazon, Dell, AIS Glass, KPIT, Directi, Rockwell, TAFE, Deloitte, Dreamworks, Axis Bank, LG electronics, Adobe Systems, Piramal Foundation, Capgemini, Nagarro Software, Halonix, and Bank of America among others.

Stay tuned to university.careers360.com for more news and updates.

Shiv Nadar University has started the admission process for admission in undergraduate programmes...

In an interview with Careers360, Prof Jaya Menon, Professor and Head, Dept of History, Shiv Nadar...

We talk with Bhavya Joshi about campus life at Shiv Nadar University. The college life is mesmeri...

According to me, first choice would be SRM Chennai.  The second amrita university coimbatore followed by shiv nadar and then mukesh one of Mumbai.

The SRM has been one of the best private college after BITS and VIT. But above all these college are not the choice but the last step. So, you should try for NITs or IIITs or IITs or some government university like DTU, PU etc..

Concepts of Physics Volume 1 and 2 by HC Verma

Organic Chemistry by Morrison and Boyd

which is better for btech in SRM,vit or snu?

If you have mentioned the course you are interested in, it would have been easy to navigate you through the college details. Infact the college quality depends on the course you desire from, which means some courses have better placements and rank in some colleges but they wont be good for other courses. In terms of infrastructure the vit and srm are almost equally competitive.

which is better for cse SRM main campus or shiv nadar University?

Every place has its own pros and cons. SRM and SNU, both offer decent to good placements. The campus is moreover the same except for the location that they are based in. Cost can be a determining factor.

You need to weigh your options and then come to a decision because choosing the right college is very important. SRM is more known than SNU mostly because of its location.

how is shiv nadar university for B.tech in computer science & engineering ?

Shiv nadar university is very well known institute in Engineering degree courses. SSN is the short form of this college, it has a great value in south also and had very good teaching , faculties and other infrastructure for education in this college. Computer science engineering is very good in this Institute.College is more focused on education, they have good placement opportunities in very good companies. It is owned by shiv nadar head of HCL.
Read More
Answer
Answer Later
Report

View All Questions
Have a question related to Shiv Nadar University, Greater Noida ?

Your Shiv Nadar University, Greater Noida brochure has been successfully mailed to your registered email id .