The University of Mumbai Vice Chancellor Dr Sanjay V Deshmukh has been sacked by the Governor of Maharashtra C Vidyasagar Rao in his capacity as the Chancellor of the varsity. Despite repeated reminders from the Chancellor’s office to declare results of nearly four lakh students on time, the University administration failed thus causing anger among the student community. 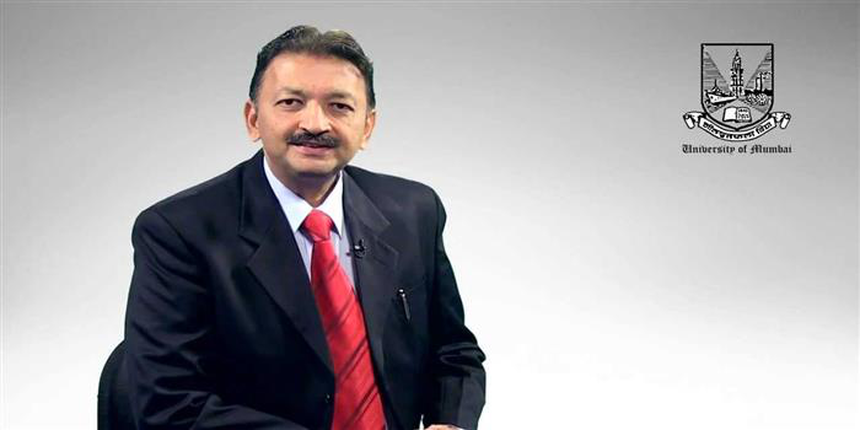 Dr Deshmukh has been removed from the post for his ‘negligence and delay’ in the announcement of examination results. A senior official associated with the Mumbai University administration on condition of anonymity said, “Initially, he was sent on leave some time back and now he has been sacked. Deshmukh has been asked to join his Life Sciences Department, to which he was associated prior to becoming the VC of the University.”

A statement from the Raj Bhavan read, “Today, the Governor and Chancellor of the University of Mumbai CH. Vidyasagar Rao, in exercise of the powers conferred upon him under Section 11(14)(e) of the Maharashtra Public Universities Act, 2016 removed Dr. Sanjay Deshmukh from the office of the Vice-Chancellor, University of Mumbai for his gross negligence and failure in implementing the On-Screen Marking system, to declare the results of examinations held in Summer-2017 within the time limit prescribed in the Act and for his failure to comply with the directions issued by the Chancellor from time to time, regarding early declaration of results.”

The Chancellor has also constituted a search Committee under the Chairmanship of Dr. K. Kasturirangan, renowned Indian space scientist for the appointment of the VC of the University. We have been trying to reach Dr. Deshmukh but till the time of filing of the story his phone remained unanswered.

Dr. Deshmukh, was appointed as the VC in July 2015 and succeeded Prof Rajan Welukar, whose term as VC was equally controversial.

Stay tuned to university.careers360.com for latest news and updates on Indian Universities

when will online application for addmission start?

Most probably , most of the Colleges will start announcing their application form on August 1 . For information regarding college applications and admission go through this link ,it will help you . After clicking the link scroll down and select the admission open section then you will have to choose your respective course you are interested then it will give you all information like college applications date ,when to apply and how to apply .you will get all the information there .

Every educational procedure is delayed due to this pandemic situation. So, keep visiting the official website. The students can pursue UG courses such as BA (Hons) is available in Marathi , Political Science, Hindi, Education, English, History, Geography, Psychology & Rural Development, Sociology, Economics. The total fees for BA course is INR 6.43K.

Yes, University of Mumbai offers M.A (Masters of Arts) Psychology. Since M.A. Psychology comes under M.A. General Category, Selection will be done on the basis of Written Test, Paper 1 is Subject related essay test while paper 2 is to analyse the subject related knowledge. The only Eligibility criteria that needs to fulfilled by an aspirant is he/she must be a holder of a Graduation degree in relevant stream. Since you're are third year BA Psychology Student, you are absolutely eligible for this.

Here's the important dates regarding University of Mumbai PG Admission 2021

To know more regarding University of Mumbai, please go through this link

If i am absent for 3 exam in fybcom, will my admission for sy stands cancelled?

According to UGC rules and norms no student is allowed to take admission in 2nd year of any stream of study without clearing his back subject is subject in the first year. So so unless you clear your back pages in the first year which is a Wall of 3 or more maybe you can not get admission in 2nd year fully or other we have to clear the back 3 paper with subject se paper subject with the second year internal examination.

Skills that a liberal arts education can impart

Your Mumbai University brochure has been successfully mailed to your registered email id .