Despite a long protest against the fee hike, Jawaharlal Nehru University has hiked the pre enrolment fee for the academic year 2020-21. As per the latest prospectus, the admission fee for M.Phil/ Ph.D programme has been tripled from Rs.295 to Rs.780. In a similar pattern, the pre enrolment fee of MA/ M.Sc/ MCA/ B.A Hons has also been raised from Rs. 283 to Rs.768. The announcement has been made amidst the ongoing legal battle between JNU student council and the university administration. Not just the pre-enrolment, the fee hike has also been observed in the one time medical fee. The one time medical fee which was Rs.9 until last year has been leapt to Rs.1000. 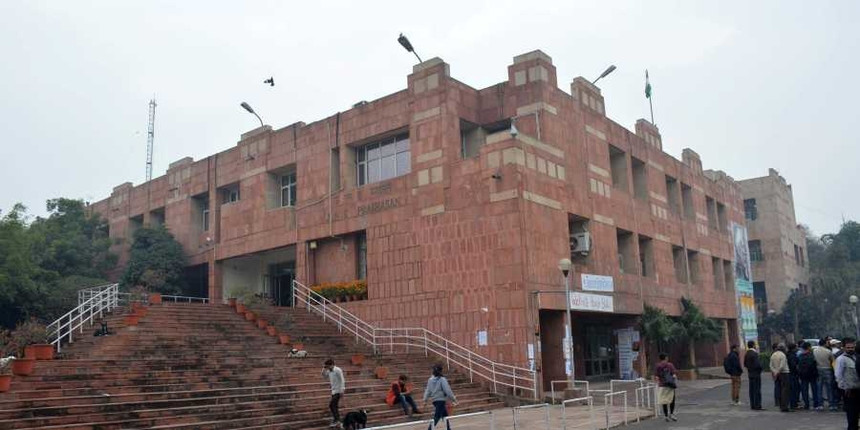 The JNU administration has however refuted the claim of any kind of fee hike including one time medical fee.

The matter is already subjudice in the Delhi High Court. JNU Student Union is fighting a case against the university administration over the fee hike issue. The petition was filed by union president, Aishe Ghosh and other office bearers.

The JNU Teacher Association had earlier opposed the fee hike move in the earlier December in an executive council meeting. The association is also looking ahead to oppose the latest development by the university administration. “The decision on medical fees only reveal the fact that the revision in hostel charges was only one part of a larger move towards raising the charges levied on students and reducing the dependence on public funding - a part of the assault on inclusive public education that the students are agitating against” said Surajit Mazumdar, Secretary JNU Teachers Association.

The student union claims that the changes have been done without any involvement of union members or student representatives.

JNU Hostel Manual - In a Nutshell

UGC has denied sending any letter to the JNU related to windin...

Does JNU have any placement cell?

Yes, Jawaharlal Nehru University has a placement cell which helps the candidates to get their desired job with a reputed firm. They help the candidates by preparing and training them for Group Discussion and Interview for the recruitment process of the companies.

Is admission in JNU easy?

What is JNU famous for?

Jawaharlal Nehru University is famous because it is one of the oldest universities of Delhi. Also it is known for its research work and good academics record.

How can I apply for JNU Jaipur?

Candidates can apply for JNU Jaipur online through the official admission portal. Candidates can register using the valid phone number and otp and complete the registration process at - apply.jnujaipur.ac.in

I got 2892 rank in ST category in JEE Mains. Can i get admission in btech in JNU, Delhi?

First of all, congratulations on your rank. Now, with a ST rank of 2892 you have a decent chance of getting into Jawaharlal Nehru University (JNU) Delhi. Note that, this is a prediction solely based on previous year cutoff trend at JNU.

You can get Integrated B.Tech + M.Tech in Electronics and Communication Engineering at JNU, as the closing rank in 2021 for this course was 3234.

I hope that was helpful.

Your JNU Delhi brochure has been successfully mailed to your registered email id .

Article PDF has been sent to your Email ID successfully