JNUEE 2018 announced on September 11 comes as a sudden surprise for most of the Jawaharlal Nehru University aspirants. The JNU Entrance Examination, JNUEE is being held as many as six months prior to the ‘normal’ admission season. Last year, the University had announced the JNU application form in March while application form of JNUEE 2018 kicks open on September 21, 2017. Further, the entrance examination for various programmes at JNU is being held between December 27 and December 30, 2017. These exams, as per the ‘normal’ exam calendar of JNU admissions, were used to be held in the months of May until last year. Most of the JNU aspirants have been taken aback by the ‘new’ JNU admission season. 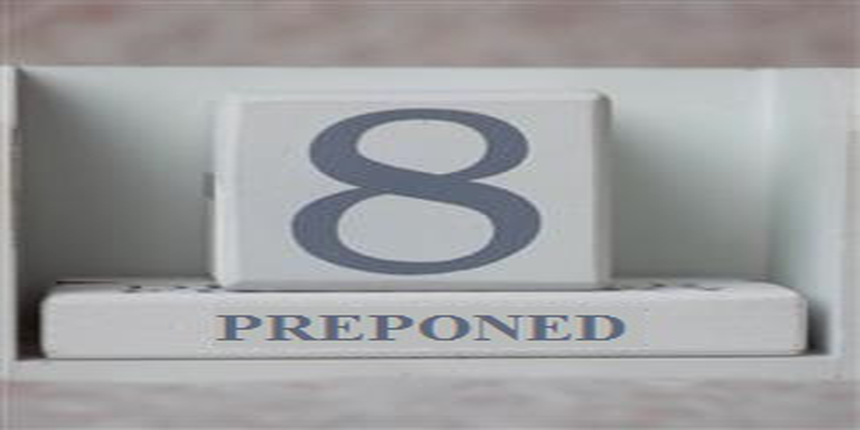 “JNUEE 2018 was not expected in this month. Last year the exam was held in May for which applications began on March 21, 2017,” said Rohit Rastogi, a JNU aspirant who wishes to pursue BA (Hons) Foreign Languages programme from the University.

Hardik Vasudev who is aspiring to get enrolled in M.Sc Biotechnology through JNUEE 2018 exclaims, "We will be having our final year examinations in the month of March-April. How are we going to fill the JNU application form as the admission season has been preponed by six months!"

While Jawaharlal Nehru University admission committee has yet not clarified anything on the JNUEE ‘new’ admission season, aspirants wonder what if they haven’t checked the website. “One of my seniors told me that fresh admission notification for JNUEE has been published on the website and this is how I came to know about the application form. I don’t know why the University moved its admission season six months early to the normal,” remarked Jyoti Khattar, another JNU aspirant who was surprised to know JNU application form date.

Candidates can find the change in admission season of JNUEE from the table below.

Stay tuned to university.careers360.com for latest news and updates on JNUEE 2018

Iam 12th pcb student. is there any UG or Integrated course on the basis of PCB 12th in JNU?

I presume you're enquiring about JNU but it doesn't offerr integrated course on the basis of PCB in 12th standard, the integrated courses it offers are based on higher level such as MSc-Phd combination.

What is the basic syllabus or topics that must be read for JNU Entrance which is now MCQ based for International Relations Area Study?

what is the last date of application submission

Hello,
.
As the application date is extended,

If you  need any more details, follow the  below link https://www.careers360.com/exams/jnuee

The eligibility criteria for M.A Economics in JNU-

For admissions in M.A Economics programme, candidates must have a Bachelor Degree in any discipline securing at least 50 per cent marks aggregate, with knowledge of Mathematics at 10+2 level.

HOPE THIS WILL HELP YOU

The basic eligibility criteria for appearing in JNU admission to B.A. (H) is that the candidate should have completed (10+2) level or equivalent examination with atleast 45% marks and above from any stream. Even candidates who are waiting to appear in their senior secondary exams or for the results are eligible to apply.
So yes, you can apply for B.A. (H) in any course even if you are from science stream.
And in addition to that, you may need to produce a gap certificate with valid reasons for the time lag of 3 years issued by some higher official authority.

You just need to visit the official site : jnuexams.nta.nic.in
or
ntajnu.nic.in
and fill up the online application form for JNUEE2020.

View All Questions
Have a question related to JNUEE ?

Your JNUEE brochure has been successfully mailed to your registered email id .