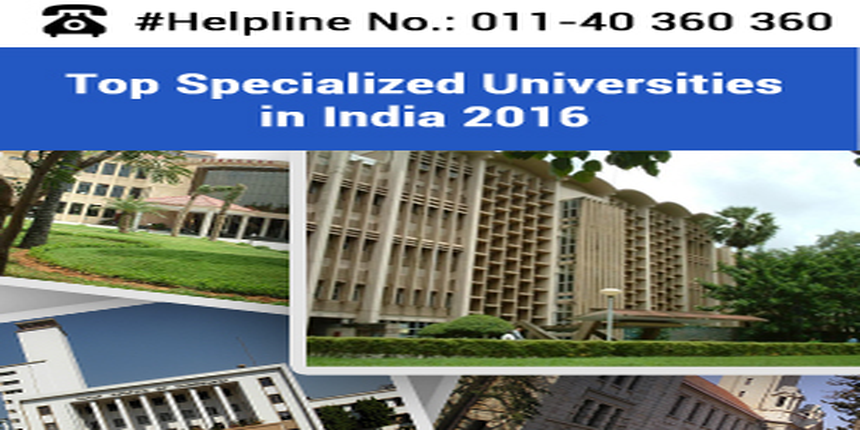 The Ranking and Rating of Top Specialized Universities in India 2016 is aimed at helping you with quality insights for selecting best institutions for pursing undergraduate and post graduate degrees in the specialized fields.

The Ranking of Top Specialized Universities in India 2016 is based on Careers360 Ranking Methodology 2016.

Speciality institutions hold an attraction of their own because of their unique domain expertise. In science and technology, The Jawaharlal Nehru Centre for Advanced Scientific Research is a multidisciplinary research institute established by the Department of Science and Technology and is the leading institute in this domain. The Department of Science and Technology had the primary responsibility to set up speciality institutions in the field of science and technology and a number of institutions were also set up by the Department of Atomic Energy and Department of Space. The Tata Institute of Fundamental Research, Mumbai is the second best in this domain followed by Indian Institute of Science Education and Research. Almost all the players here do patent their intellectual findings substantially. Indian Institute of Space Science and Technology, Thiruvananthapuram, improved its learning and productivity as compared to the previous year.

We also have research centres in fashion technology and allied disciplines. The Energy Research Institute focuses on ecology and environment while the Indian Institute of Population Sciences is a speciality institute in the domain.

Among the others, institutes such as National Brain Research Centre, Gurgaon and the Indian Statistical Institute all play a decisive role in putting out world class research and intellectual property creation.