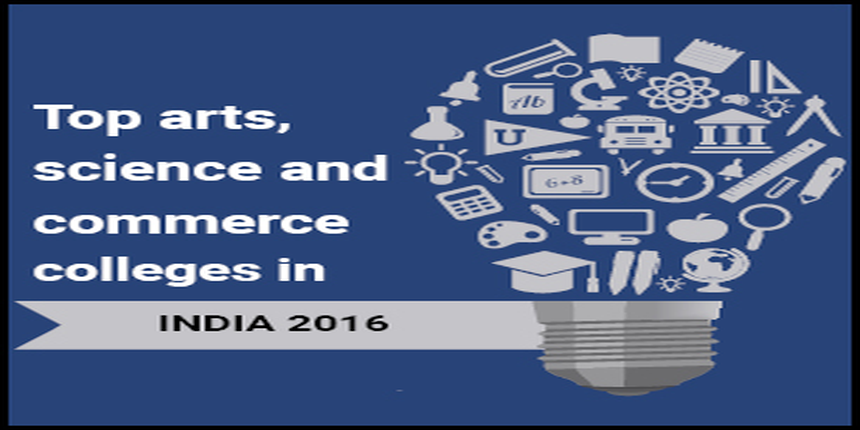 Careers360 brings you a comprehensive list of top Arts, Science and Commerce colleges in India for the year 2016. In India, there are nearly 38,000 higher educational institutions including 824 universities in the country, catering to nearly 6.4 million students passing out of 10+2 schools each year. Among those students around 3.5 million choose to study general degree programme in Arts, Science and Commerce faculties in about 11,000 colleges located across length and breadth of the country.

A range of new undergraduate degrees with unique nomenclature like BBA, BACS, BIFS are also on offer. These degrees attempting to semi-professionalize what is otherwise a general and liberal education. While the majority of colleges stick to the plain vanilla offerings, some select private players, especially at the university level, do offer value-added undergraduate programmes, though at a price. The advent of private universities (both state private and deemed) has substantially altered the landscape of general undergraduate education.

With an objective to ease the decision making process for undergraduate aspirants, Careers360 here lists out around 1500 colleges located in different parts– North, East, West, South and Central India.

What we learnt from the evaluation process

During this evaluation process, we came across some hard hitting facts. First is the simple revelation that close to 77 percentage of institutes do not have their official websites. In other words, only one in five institutes, has an online presence, wherein authentic and relevant information can be accessed. The second truth is the super mismatch in the various types of information provided (or grave error) on the institute’s website. For instance – one college in the southern state of Andhra Pradesh states it has 27 courses on offer but the total number of faculty in the college is only one. Another college with faculty strength of 197 in Haryana says they have 800+ research papers published in refereed national and international journals in an academic year. Similarly, accreditation in many colleges is considered equivalent to affiliation/approval. The third greater truth is about information obsolescence – the site is not updated for many years. The list goes on....

Other magazines normally give you the top 50 or 20 colleges in each domain. This is not only misleading but also mostly irrelevant since a St. Stephen’s or a Presidency or a Loyola are sufficiently well-known brands for any 10+2 aspirant. It is beyond the top 20 in a state or top 2 or 3 in a district that matters to the student. Our objective always has been to help the student who is in the 80 or 85 percentile or even in the 70 percentile and help him or her find a better option.

So we have presented about 800+colleges which have been rated from AAAAA - indicating highest level of competition for entry, or very high quality education to AAA which indicates good education. We have also presented to you another 700 colleges that are accredited with at least a ‘B’ grade by NAAC but do not have any additional verifiable value-adds to be rated. Since they are accredited we presume at least they would offer a certain level of good education and hence have listed them for your reference.

It is usable. Rating of educational institutions is always fraught with difficulties. Take for example Delhi’s St. Stephen’s College. It comes across as the most aspirational college for students and is almost impossible to get into. It boasts of an enviable alumni network. But it neither has a NAAC accreditation nor is one of the colleges selected by UGC as colleges with potential for excellence. It’s an excellent college and hence rated accordingly.

This is a fair representation of the status of general degree colleges in the country and the ratings can be used to make a shortlist. If a college is not rated please use the parameters mentioned to see if it is worth your money and time. We do not have sufficient data to determine if a college is good for Arts, Science or Commerce. So we have not segregated them on those lines. In the coming years we hope to widen and deepen our offerings.

Good luck with your selections!