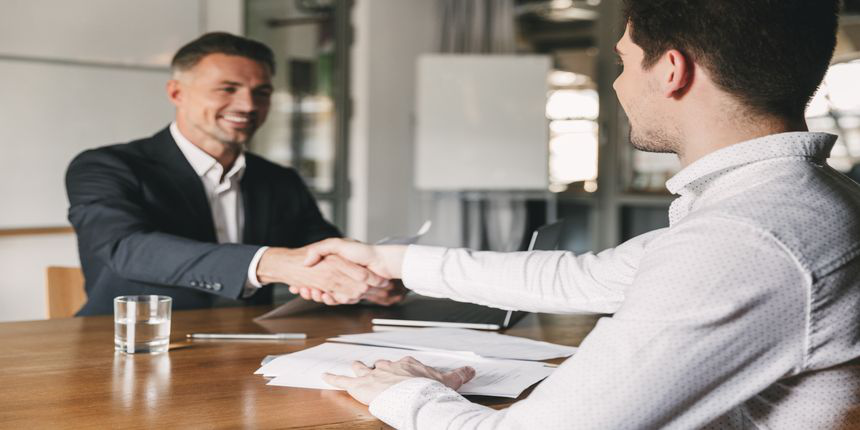 Highlights of SRM Institute of Science and Technology Placements 2019

Super Dream Companies offers an annual salary package of around Rs. 10 lacs plus per annum. Following companies are listed as super dream companies of SRM Institute of Science and Technology:

Dream Companies offers an annual package of about Rs. 5 lacs per annum to students. Dream companies of SRM Institute of Science and Technology are listed below:

Placements Summary For The Academic Year 2016-2017

SRM Institute of Science and Technology, Chennai Updates and Articles

There are too many rules and regulations in Indian education s...

SRM University celebrated Research Day in its campus on Februa...

Take everything as a learning exercise and make a difference, ...

Questions related to SRM Institute of Science and Technology, Chennai

I have been allotted cse in srm,now I have to pay tution fee,they have given their account details and are saying to pay through neft or rtgs.I want to know that after paying the fees how would they know that the fees has been paid by me.please,answer.

NEFT transfer funds in timed batches while RTGS are real time transfer modes. Hence, the time to transfer the funds can range between 1-2 hours. Banks will notify you by sending confirmation message for all NEFT or RTGS credits.

If still you are not sure then try out to ask your college authorities by mailing them all the transaction details and ask for the e-receipt.

Does SRM main campus is good for cse ?

Yes,SRM main campus is good for CSE , Placement cell of SRM is very good, almost every student is placed ,the average package is 4LPA , Overall this College is very good

which is better cse at amity noida or cse at SRM

Firstly as per the ranking of NIRF 2020 ranking SRM is ranked above amity noida hence SRM is a better option in terms of engineering as compare to AMITY NOIDA. To know more about SRM refer this article https://www.careers360.com/university/srm-institute-of-science-and-technology-chennai

Is Electronics and communication,at SRM Ramapuram a good choice???

Yes, electronics and communication department at SRM Chennai good choice. I am stating this reconsidering the past academic performance of the department. But to give a better recommendation I need to compare with other colleges of the same department if you wish. Are else if you only intended to get admission in ECE at SRM, it is a great choice. Because top recruiting companies in SRM Amazon Accenture Microsoft Infosys IBM Hindustan Unilever HP Cognizant Tata etc

Congratulations for your rank!

But yes previous year closing ranks helps us get an idea about the ranks of current year.

According to your rank you may get any branch other than CSE,IT,ECE,Mechanical,Mechatronics ,Software Engineering at the Chennai campus.

You may get any of the branches at Ramapuram campus Vadapalani campus,NCR campus (Ghaziabad) and SRM university (Sonipat).

Hope that helps you.

Answer later
Report
View All Questions
Have a question related to SRM Institute of Science and Technology, Chennai ? Ask

Your SRM Institute of Science and Technology, Chennai brochure has been successfully mailed to your registered email id .