SRM University - ‘Where only research is in focus’ 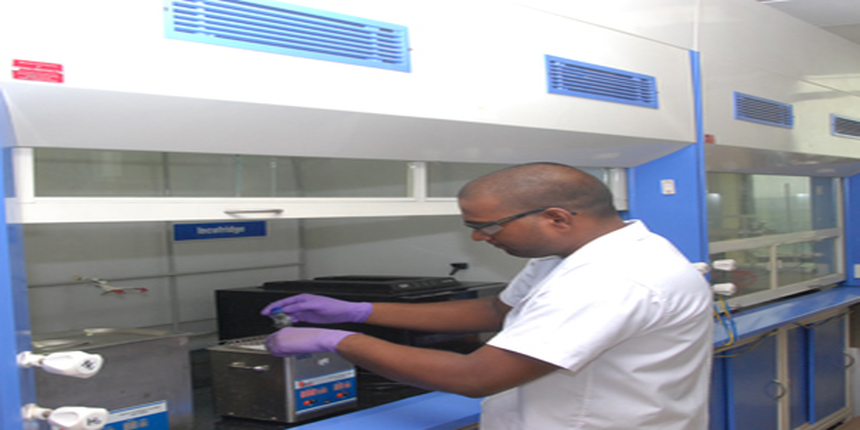 If we were to look at universities as a coin, research and teaching would be its two sides. Unfortunately, the founding fathers of the nation thought differently. Thanks to the creation of Council for Scientific and Industrial Research (CSIR) and its constituent laboratories, research became a core activity of the labs and universities became teaching institutions. Even the venerable IITs were conceptualized as institutions geared to “Ensuring an adequate supply of technical personnel which will be required for post-war industrial development in this country”.

Thus the focus was on creating institutions offering high quality teaching; and research never was the focus. This dichotomy persisted till the last two decades. With the advent of credible private players in education, and the increased focus on international rankings, research is slowly getting ingrained into the DNA of the country’s universities. While IITs, IISc and a few Central Universities have been in the forefront of this transformation, a select bunch of private players too are offering interesting alternatives. One such venture is the SRM Research Institute.

SRM University has been a known multidisciplinary, multi-campus university with its core campus in Chennai. What began as SRM Engineering College in early 80s, SRM gained Deemed University status in 2000 and Medical, Pharmacy, Arts and Science Colleges became constituent colleges. The University has been a pioneer in offering innovative Engineering programmes. It offered a B.Tech (Biotechnology) in 1997 much before the programme became popular. It also popularized the concept of ‘Semester aboard’ programme. While research activities did happen and flourish within the University departments, the management considered the progress not fast enough. Led by the unassuming President Sathyanarayanan (Satya) the University sought a means to leapfrog. The answer was the Research Institute.

“I wanted to create a place that in about five years will emerge as a vibrant space creating and competing with the best minds in world,” said Satya, when quizzed about the need for the Institute. “The Research Institute has the mandate to attract the best possible talent. Provide them space and environment that nurtures them. We hope to have at least 100 curious minds by the end of the first five years,” he said.

The idea was simple. Get exceptionally bright young and middle-aged PhDs with globally competitive academic output, preferably with international experience. Provide them better pay and perks, including accommodation within campus, a good start-up grant, and leave them alone for two years.

The idea gained momentum under Dr Narayan Rao, Director (Research) at SRM University. The project was conceptualized with a plan to bring together about 100 top-notch researchers with minimal teaching requirements. The first advertisement was placed in June 2011. To make the catchment area global the University advertised in Nature, Science and other global journals. The response was overwhelming, claims Dr. Rao. According to him they received about 4000 applications, which were pruned to a manageable list of 100. Between Septembers to December 2011 the University conducted personal interviews with most of them and made firm offers to 28 of them. The first ones to join moved in by January 2012. As we go to press the Institute has at least 21 faculty members.

Each faculty is offered a pay scale which is slightly higher than the scale offered to corresponding faculty members at IITs. Prof. Rao is clear on this. “We wanted the best. And we are willing the offer the best to them,“ he claims. “All we want in return is good research,” he comments. They are also offered rent-free accommodation within the campus and a starting grant of Rs. 50 lakhs. They need to teach only one course a year, and rest of the time could be devoted to research. “We are reasonably well-funded,” says Dr Kaustubh Ganguly, Research Associate Professor at the Institute. Each faculty is also offered two to three fully-paid Junior Research Fellows, again funded by the University.  According to Dr Harini Priya, the most recent one to join the Institute, “The freedom to do your own research is the biggest draw here.”

Universities that choose to specialize in research approach it in two different directions. Either they pick up an established researcher, allow him or her enough resources to set up a lab and then create a research cluster around him or her. Or else they invest in a number of young researchers in diverse areas and allow an organic evolution of research themes.

Five major thrust areas have emerged out of the Research Institute in three years, namely solar energy and storage; diabetes and COPD materials; environment and mathematics with special focus on graph theory.

What have they achieved?

According to the Institute, 171 papers have been published in the last three years in highly reputed journals with an average impact factor of 3.8.

The faculty members of the Institute have filed at least six patents during the academic year 2015-2016. With an outlay of Rs. 24.3 crores, 26 research projects were sanctioned to the faculty members by various funding agencies, including DST, DBT, ICMR, DRDO, MNRE, MoES and industry.

Where are they heading?

Prof. Arjit Sen, who joined as Research Associate Professor, is very clear about the Institute’s future. “In the United States most of the top universities are private universities, whether it is Stanford or Yale. Then why not in India? SRM must become that,” he says. He claims that three years down the line, they have achieved a certain level of reputation and credibility in the market.

Independent observers agree with his views. The number and diversity of projects the Institute has obtained is testimony to the same. In fact DST officials attest to the efficiency of researchers at the Institute.

The Institute has set  its eyes on larger goals. It is hoping to move into a huge one-lakh square feet custom-built research facility. According to the University’s President Sathyanarayanan, they are planning to accommodate over 100 researchers. “We would be very happy if by 2019 the facility boasts of at least one Bhatnagar Fellowship for the work done here,” explain Dr Rao. The dynamism and energy at the Institute is palpable. “Our ambition is to be known as a world-class research facility,” concludes Prof. Sen.

Stay tuned to university.careers360.com for more news and feature articles on Outstanding Universities