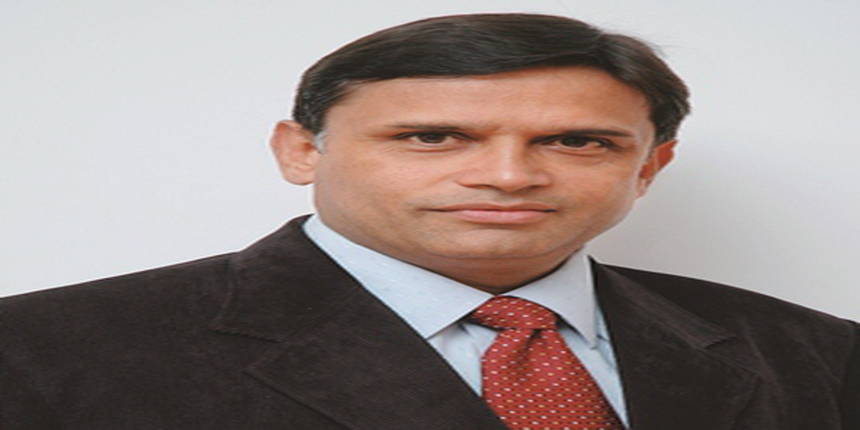 Dr. Sandeep Sancheti, VC, Manipal University, Jaipur is a PhD from Queens University of Belfast UK, and recipient of the Commonwealth Scholarship & Fellowship under Colombo Plan (1992-1995). He speaks to Shiphony Pavithran Suri on the present state of universities in India.

Careers360: Should India expand in terms of number of universities further, or should we consolidate?

Careers360: Should we go for specialized universities or multidisciplinary ones?

Dr. Sandeep Sancheti : In the current context, multidisciplinary universities would have more advantage and better chances of succeeding in long run. Unitary universities neither take advantage of broad-based education and cross fertilization of disciplines. Nor are they getting any recognition in world rankings due to limited scope of activity.

Careers360: Should universities do only socially relevant research? Is knowledge for knowledge sake argument irrelevant?

Careers360: What are the top five skills that your university graduate must possess?

Dr. Sandeep Sancheti : There are several attributes required in today’s context but the top five for me would be: domain area knowledge; self-learning ability; right attitude; communication skills and analytical skills.

Careers360: Should universities hanker after star faculties?  After all, they do bring funding and prestige?

Dr. Sandeep Sancheti  : Yes, they are very important. Whether they can teach or research or partly teach and partly research, they can be the catalyst for driving the new generation of faculty to excel. Not only that, they connect them with the rest of the world and become role models for emulation. Star faculty have potential to improve the rankings and overall feel good factor.

Careers360: Why is Liberal Arts a non-starter in Indian Universities?

Dr. Sandeep Sancheti : Jobs and job only! In the present environment, qualifications under Liberal Arts are not fetching many jobs for the students. Good performance in Liberal Arts is much to do with the total interest in the subject rather than acquiring shallow knowledge. Further, lack of good quality infrastructure, poor freedom, pittance in terms of tuition fee charged and stronger elements of politicking in Liberal Arts have also affected it adversely.

Careers360: What are the pros and cons of the patenting culture emerging within Indian universities?

Dr. Sandeep Sancheti : Patenting should be promoted at every level and should go beyond the universities. As a country we have lost a lot of value due to indifferent attitude and poor understanding on patenting. Whether a development is commercially viable or only academically relevant, it must be patented as it is to do with the esteem of researchers and prestige of the scientific fraternity as well as that of the country.

Careers360: Why do only a minority of Indian University faculty publish in refereed journals? What is preventing the emergence of a research culture in India?

Dr. Sandeep Sancheti : The main reason is poor exposure, poor infrastructure as well as poor quality of research. Nothing is preventing us from success in research, but poor quality is making the journey more difficult and cumbersome. In addition, mushrooming of journals (some of them are paid) is luring an average researcher towards quick and early publication has also affected the quality of recent publications.

No as I have searched the Manipal University Jaipur website, they do not offer veterinary course in either undergraduate or postgraduate courses. If you want to do veterinary course from Jaipur, you can do B.VSc from Apollo College of Veterinary Medicine.

To pursue a child therapist course in Manipal University, the course you have to take on is M.Sc  Clinical Psychology. It covers child as well as adult therapy. The admission are done on the basis of marks obtained in MUJ and personal interview. If you clear it you can get in.

does Manipal university take admission for btech engg based on merit alone?

These are some of criterias on which admission is done in manipal:-

You must have secured 50% marks in Physics, Mathematics and any one of the optional subjects in class 12.

According to MU OET 2019 eligibility criteria, you must secure 50% marks in MET to be considered eligible for counselling and further admission process. Scoring atleast 50% in MET will make you consider for counseling by them, further selection will depend on seats and your performance.

to know the fee structure of vit university

open the vit website at the bottom of the page you will find a search option over there please type fee structure of the course you need.

or else open this link

the below link provides the information which course and the fee for it.

the fee differs for group a and group b for VIT

What is the total fee structure of BITs pilani, SRM, VIT and Manipal university for B tech

View All Questions
Have a question related to Manipal University, Jaipur ?

Your Manipal University, Jaipur brochure has been successfully mailed to your registered email id .