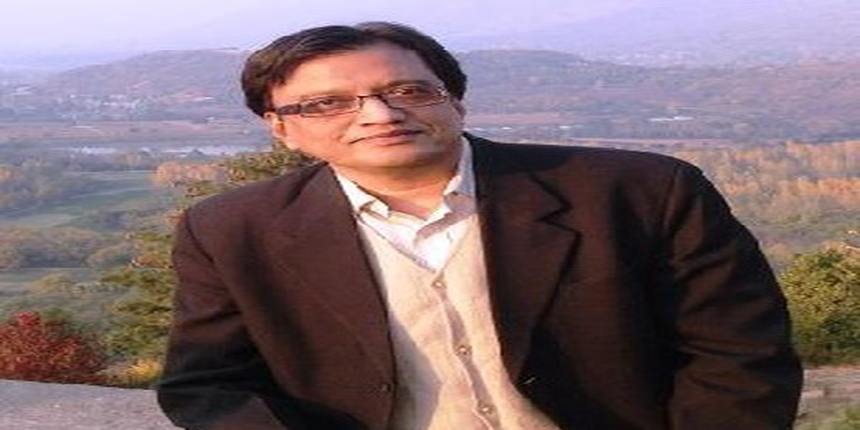 Higher education saw an expansion in almost all the countries in the last decade, more so in India, since education was always seen as a step to progress and better living. Consequent oversupply has seen even some of the best institutions thinking out of box to attract students. The expansion, devoid of quality, was a common topic of discussion amongst academicians.

Another common dinner pastime has been that of our institutions not figuring in the top 100 of the world. Many reasons were attributed. The better part of this expansion, which many of our intellectuals miss out, has been, that today higher/technical education is freely available to any and everybody who chooses to pursue one, and that capitation fee has been a thing of the past. Just look at crores that one has to spend for medical education and you will realise the relief from the malady. Quality of course is as important, but then which system has end-to-end quality? Does not quality arise out of quantity in a free enterprise? It must be acknowledged that an expansion brought about access to 1000’s of people in the last two decades who otherwise were at the mercy of their intelligence to compete in a system that boasted of two or three colleges ostensibly of quality. A sheer expansion later showed that the quality talked about was like a rissinus communis (castor oil plant) in bloom in a jungle, where everything else was barren.

Quality of education is extremely important and is based on several inputs like quality of students, quality of faculty, infrastructure, external linkages, research, development, industry linkages, so on and so forth.

Internationalisation requires foreign students and faculty to study and teach in Indian institutions, which generally does not happen due to closed policies of several institutions and industries in India not to speak of the inability of our institutions providing state of art research facilities that a good foreign faculty seeks.

The University of Oxford report 2015 on ‘International Trends in Higher Education’ highlights that today internationalisation seems to be of growing significance worldwide, with economic, political and social changes driving an increasingly global knowledge economy.

Industry interface is not strong except in a few institutions like the IITs. This is because in the name of access and equity, several institutions have come up both in the Government and the private sectors in such locations and districts of the country where the industry presence is negligible. Hence the handholding that is so essential between an institutional educational aspirations and the industry requirements is negligible or does not happen at all. All these factors contribute to poor quality in the delivery mechanisms of teaching and learning processes. Further this faulty supply chain inhibits Indian education system to compete globally on equal terms based on global practices and initiatives.

The quality objective function is nonlinear and also discontinuous. Singularities make it complex. Hence intellectuals find various ways to thwart the main issue by providing unreasonable assumptions in the hope of finding a solution that converges.

Globalization or acceptance of our education system in the rest of the world is based on how globalization affects education outcomes. This depends on trade in goods and services in the education sector, FDI in the private sector and migration of teachers.

The process of globalization is measured by FDI, trade and migration, which in turn, affect the demand and supply of training. Budget policies and national policies have to be evolved effectively in order to obtain the maximum impact of development.

Globalization further depends on quality of education based on accreditation. Hence, education systems in this country need to follow the global accreditation methodologies for it to be accepted within other countries and contribute to globalisation. Therefore, all Technical Programs should be based on global standards and follow global accreditation methodologies like the Washington Accord in Technical Education or the Dublin Accord which is an agreement for the international recognition of Engineering Technician qualifications, or the Sydney accord for Engineering Technologists or Incorporated Engineers. The above perspective and recognition for global quality can help Indian education system to stand and be counted in the global arena.

Any quality that can be exported will need to be supported by quality within, calling for improving education delivery systems within the country which further require addressing some well-known concerns. Let’s look at some of them to understand the quality malaise.

Most of the Degree colleges and Polytechnics follow classroom based methodology which generally translates default solution approach within students rather than a strategic approach, completely giving a go by to outcomes. Lack of soft skills and even hard skills is a serious concern. Lack of regular upgrade in infrastructure, equipment, course curriculum makes it difficult for current trends in technical education to be taught in classes.

Technical education in most of Degree and Diploma colleges doesn't adhere to practical orientation of the subject or case study based approach as is the case in the western world.  The examination systems do not help, for they test nothing except the ability to understand a few earlier held examinations. Accreditation is mandatory. However inability to penalise those who do not participate or those who do not make the grade is a further impediment to quality. A debate on accreditation, rankings and ratings is all diversionary, which are at best similar and do not address the basic problems. Nor do they provide solutions.

Inadequate numbers in faculty and the larger issue of quality faculty drive the coaching class bogies, which have been running as well-oiled self-propelled unregulated engines. These parallel institutions have no other value except making the would be graduates run through a mechanical regime of rote learning, be it subjective or objective and even the hypothesis testing problems. Adding to the mess, some of the good faculty and PhD holding faculty have even started trading with institutions for better packages virtually playing a les musical chairs.

Infrastructure has been woefully under provided for, in many institutions forcing students to graduate without ever laying their eyes on equipment, which they would later work on. Interventions like MOOCS, blended / hybrid learning has only a cursory presence and is yet to make any impact. The University systems need to be progressive and proactive on this count so that the teaching learning processes improve.

If one were to aggregate the performance of a vast majority of engineering institutions today, they would be largely affiliated with no freedom to change the curriculum, very few autonomous amongst them, focussing on under graduate programs rather than Post graduate programs. Cumulative effect of all this is employers being not happy with available engineering talent pool. Polytechnics, which at one time were supporting the mid-level industry requirements, are emerging as feeder institutions for Degree Colleges.

Research has been disaggregated even in the best of institutions not leading to new products. “Make in India” and “Start-up India” paradigm to succeed will seriously need to re look at this. Number of patents filed and converted to products will reveal the greater Achilles heel.

Quality comes at a price. If an institute has to run on student fees collected and if the faculty remuneration forms 90% of the revenue collected, an institution will either cut corners or eventually fail to provide even the basic education. Compounding the problem would be where the fees is pegged due to regulatory interventions. In such a scenario, where would the enterprising character and innovation mind-set come from?

What can be done?

The Country on the cusp of a massive development initiative of the government will need to increase its productivity and international competitiveness and become a premier Nation in high-end technology development. It would need to raise the number of engineering institutions manifold that perform significantly better both at the Degree and the Diploma level.

Alternatively, if one were to aggregate the performance of better performing Institutions in the Country, it will be obvious that they have full academic autonomy and some financial autonomy, excellent teaching and research-intensive/research-led/research-informed ecosystems with an academic framework that is responsive to stakeholders needs. They would be also providing experiential/practice based curriculum creating relevant student experiences where student learning outcomes are in tune with employers’ expectations. They would also have strong post-graduate and research programs that are supported by industry consultancy with a robust IPR regime in place. Invariably these institutions are led by strong academic leaders and administrators who continually drive institutional aspirations. At least 30 percent of their expenditure would be met by revenue generated by other than government subsidies and/or student fees.

Several initiatives have been proposed for quality enhancement. One hinges on internships both for students and faculty. A system that supports about half a million faculty, and a two Million student population considering only the final year, would it be feasible to mandate internships for all?  Adding to the problem, there are also States where the Industry presence is negligible.

Whereas we have institutions that are hard pressed for funds, we also have institutions that are run as business houses leading to the argument that education is now commercial. In a manufacturing or a product ecosystem, the development segment of research and development spectrum requires time and money as systems are engineered that will make the product or method a paying commercial proposition. Can this understanding endure in education?

However, with a rise in the Private and Deemed-to-be Universities (where the regulatory process has been found wanting), attempts need to be made to curb the instinct of profit making. Further, the trusts/society’s running several institutions tend to manipulate funds between the better functional institutions and the poorer operating institutions or other businesses, thus contributing to some aspects of commercialization.

Education as defined in the Constitution of India is a not-for-profit entity and hence clearly the above definition of commercialization does not apply for education. The leaks in the regulatory systems that browbeat these arguments need to be effectively plugged, if a level playing field is to be a reality.

The Current GER in Higher Education has been hovering around 22 out of which roughly four percentage points is of technical education. This further proves that in order to meet the aspirations of the people and to account for demographics shifting towards younger population, large scale expansion, use of technology and an entirely new paradigm in education bringing skills and education together is needed. In the same breath, we also need to debate why the enrolment at X and XII has almost been static for the last three years or so. Clearly, an education system, devoid of commercialization with a robust and enabling and facilitating regulatory framework would be, order of the day.

Get real-time alerts on exam & colleges at your fingertips with Careers360 App!