Higher education in India: The Indian University campuses and their stories 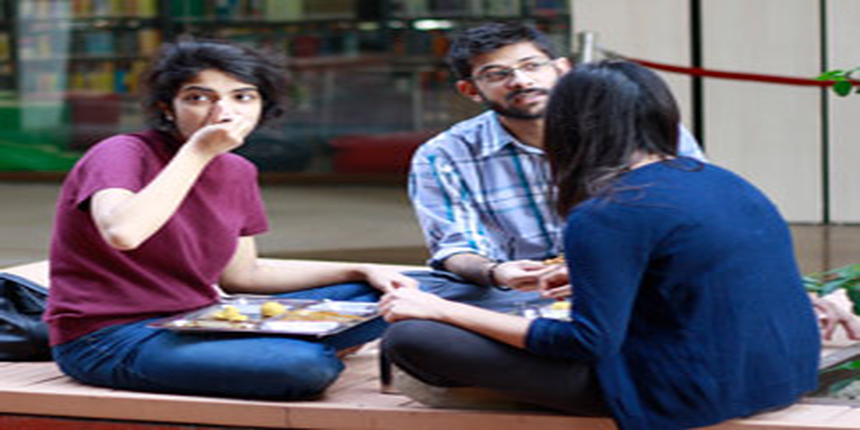 You make friends and foes. You live, you love and you paint the canvas of your life with memories that will last a lifetime... Those were the daysâ¦ days of living on campus. Careers360 brings to you an article encapsulating a college campus life full of fervour, independence, stress and much more which is very different from the one outside a campus. Read the full story below.

If school is the bedrock of academic life, college is the architecture that stands upon it. It gives shape and meaning not just to one’s academic pursuit but also to one’s character.

For many students, college also marks a farewell from the comfort, convenience and security of home, as they embark on the roller-coaster ride through hostel life – the hallmark of living on campus. Some students leave their home towns to chase their dreams in other places while others take up residential courses.

Homesickness is generally omnipresent among freshers living on campus. Psychologists often attribute this to the sea of changes students face during the transition from school to college, that get magnified when they also start living by themselves on campus.

Unlike school, college is a lot about individual choices. For example, it is parents who decide which school their child attends. However, the college a student attends is often a personal choice, where parents may not have the last word. Similarly, the course too is a mutual decision, where the student’s preference is often given primary importance, and in the absence of a preset, mundane school uniform, deciding what to wear can also be a daunting challenge!

This explosion of personal choices witnesses a peak when one is living away from home. With no parents around to nag over things like studies, meals and time-management, students are left to watch out for themselves. The realisation that they’re entirely responsible for themselves can be a bit intimidating, at first, and many students may end up feeling somewhat lonely and lost. However, in time, friends fill this void and often end up becoming confidantes for life.

The fervour of friendship

Vishrut Jain, a recent graduate from GB Pant University of Agriculture and Technology reveals, “I felt quite lonely and lost during the first month-and-a-half at the university. The campus is a town in itself and I found very little to do after classes. I wasn’t prepared for the hostel experience and didn’t like it initially, but things changed once I made friends and campus life became much better.”

Shireen Singla, an Arts graduate from Indraprastha College for Women at Delhi University adds, “There is a strong community feeling among students living together on campus. You spend so much time together that you end up sharing not just space but also your lives with each other. There are many things you can’t share with your parents, but can easily talk about with your friends. Also, you learn how to adjust with different types of people and even compromise, where required.”

Indeed, friends form the backbone of the campus experience and the protagonists of some of the most entertaining tales!

Sanchi Kansra, a recent graduate from VIT University shares, “In hostels you meet some unforgettable characters. There’s always a drama queen, who whines over everything. Then there’s the gossip monger, the studious type, the party animal and the miser. There’s also someone who’s obsessed with the opposite gender – the so-called ‘desperate’ girls and boys!”

Campus may also be a cultural melting pot, with students from many different regions living together. Kansra elucidates, “In VIT, I shared my room with a Malayali, Marathi and a Bengali girl. In time, I could follow their language and also learned about their music, cuisine and cinema. I was exposed to the rich diversity of our country, and also learned that people are essentially the same, even though they may belong to different places.”

Staying on a campus in a different part of the country is also a tremendous experience. Arnav Kumar, a graduate from SRM Chennai divulges, “Initially, living on campus was quite a culture shock. People spoke in Tamil and miscommunication was a problem. They also conducted themselves differently. For example, they celebrated Diwali a day earlier, and burned firecrackers in the morning, which was quite amusing! However, in time, I understood their ways and learned to live in harmony.”

A common grouse troubling many campus dwellers is food, with most students missing ghar ka khana sorely. Abhay Gupta, who’s currently pursuing BTech Electrical Engineering at IIT Roorkee says, “I really miss home food. Hostel food is not that good. We get a lot of aloo. Sometimes it’s there for breakfast, lunch as well as dinner. The rotis are dry and the dals are watery. A few times a week we get paneer – and that’s when the mess is really crowded.”

In such situations, local watering holes – from dhabas to cafes – become the favourite hangouts for collegians to catch up over a meal, conversations and course work.

While academic rigour is undoubtedly important, campus life often finds its excitement in extra-curricular activities. From tech fests to cultural extravaganzas and sporting action, there is no dearth of options for students living on campus.

Kumar articulates, “Apart from friends and studies, hostellers are usually caught up with extra-curricular activities. At SRM, I was a vocalist in a music band and an organising member of the Model United Nations. I participated regularly in cultural fests and since, I was pursuing a course in mechanical and electronic engineering, I also took part in tech fests. In addition to this, I played badminton, cricket and football. I managed to do all this because unlike day scholars, I was under no pressure to return home and had time to spare after classes.”

Singla corroborates, “I took up a regular BA programme because I wasn’t sure of what I wanted to do after Class 12. I knew I didn’t like commerce and engineering, and neither did medicine appeal much to me. However, the exposure I got through the debating society and women development cells on campus made me realise my growing interest in law. I was already studying Political Science and this additional exposure helped me with my decision to take up Law at the postgraduate level.”

The price of freedom

The stamp of campus life is the carefree freedom it often comes with. It can feel intoxicating to have your way, but this can be both a blessing and a curse.

As Gupta sagely observes, “Unbridled freedom is definitely a big part of the charm associated with campus life. You can do as you wish, sleep late, listen to loud music and hang out with friends. There are fewer restrictions as compared to home but more distractions.”

However, as students eventually realise, academic performance matters. Despite the many attractions campus life offers, competition is a constant. Towards the end of their final years in college, students will compete for internships and placements. At these times a student’s individual performance will be all that matters.

Hence, it’s important to always measure the price of the freedom campus offers, for there is a thin line that separates its use from its misuse!

There is no single sentiment that encapsulates everything that a college campus offers. It often comes with many firsts – the first time away from home, the first burdens of responsibility and the first brush with uninhibited independence. There are the crushes and love stories. There are teachers and friends who become lifelong inspiration.

Campus life is very different from the life outside campus, and the same hostel corridors that made one cry on stepping in, may also cause tears while stepping out. But the echoes of the experience within that life, will last forever.

Stay tuned to university.careers360.com for more articles and interviews