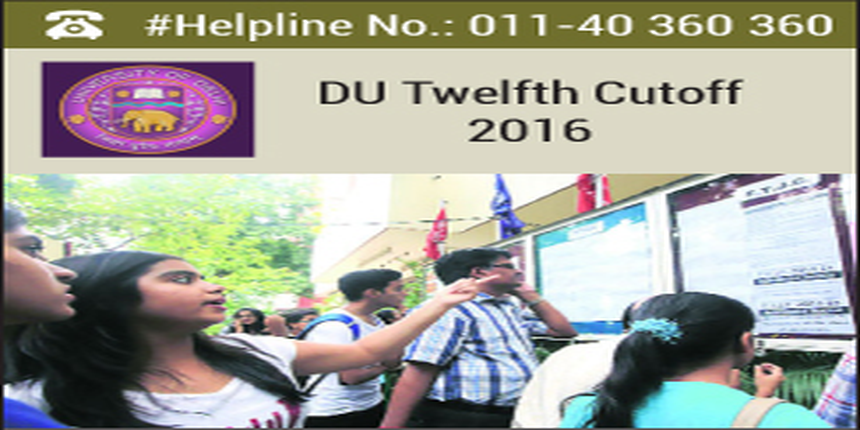 The admissions for the year 2016 in the Central University will be offered only if you meet eligibility conditions of DU 2016 and secure the qualifying scores at par the Twelfth Cutoff of DU 2016.

The Delhi University Colleges will be declaring DU 12th Cutoff 2016 for various categories including General, OBC, SC, ST and PwD.

[For everything you wish to know about Delhi University 2016 Admissions Criteria – Predict your college, Get latest updates, trends and insights & lots more. Click Here or Call DU Helpline Number @ 011-40360360]

The DU 2016 Cutoff List (mentioned below) will provide you an overview of the 12th Cutoff for DU 2016 Admissions.

The North Campus of Delhi University has 16 faculties and 84 departments while the South Campus has 19 departments and 5 learning centres.

The DU 2016 Admissions on the basis of DU 12th Cutoff shall be organized between last week of August and first week of September 2016.

Stay tuned to university.careers360.com for more articles and updates on Delhi University 2016 Admissions