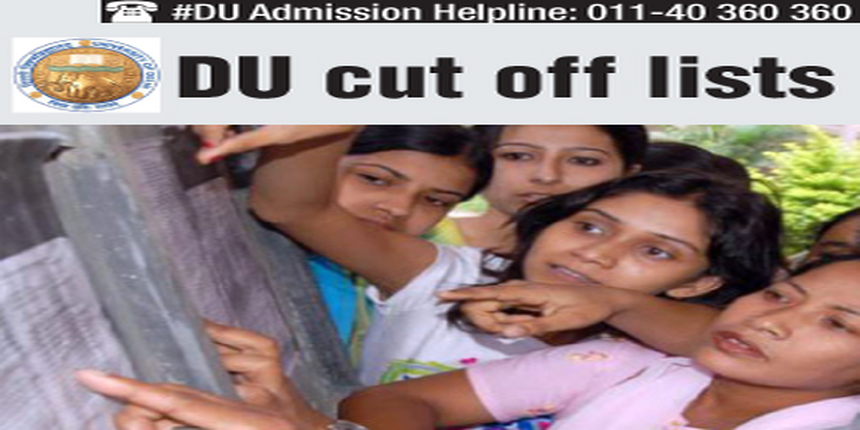 Delhi University is likely to continue with 10 or more cut off lists under its 2014 undergraduate admission process which is scheduled to begin from June 2.

According to Dr Gulshan Varshney, dean, students’ welfare, DU, the number of cut off lists for undergraduate admission process can go beyond the limit if required. He said, this year Delhi University may go to the extent of 10 or even more cutoff list if required. “This year we have made provision for 10 cut off lists. But we can go beyond the set limit if seats in some colleges still remain vacant,” he said.

“Everything you wanted to know about DU admissions is here. Predict your college, get latest updates, trends and insights on DU admissions. Click Here“

The central university had earlier announced that it will go with five cut off lists for the 2014 undergraduate admission.

Under the other major changes announced recently, DU has scrapped its earlier procedure of listing colleges in its centralized admission forms. This time, the forms will be concerned with only the courses which the students want to pursue but not with the colleges.

Following this decision, students will be able to be eligible for admissions in as many colleges as possible based on the cut-offs.

Delhi University is also conducting open day sessions to address queries of the prospective students and their parents regarding undergraduate admissions since May 21. The Open Days will continue till May 30.

The DU Faculty of Arts has a capacity of around 7,000 undergraduate seats in its 46 colleges. It includes top-ranking Arts colleges like St. Stephen’s College, Lady Shri Ram College, Miranda House, Hindu College, etc, known for their academic quality, reputed faculty members and co-curricular activities apart from the state of the art infrastructure.

The Faculty of Science and Mathematical Sciences has a capacity of around 11,000 undergraduate seats in its 41 colleges. It includes top-ranking Science colleges like St. Stephen’s College, Miranda House, Hansraj College, Hindu College etc, known for their academic quality, reputed faculty members and co-curricular activities apart from the state of the art infrastructure.

Stay tuned to university.careers360.com for more news and updates on DU Admissions.