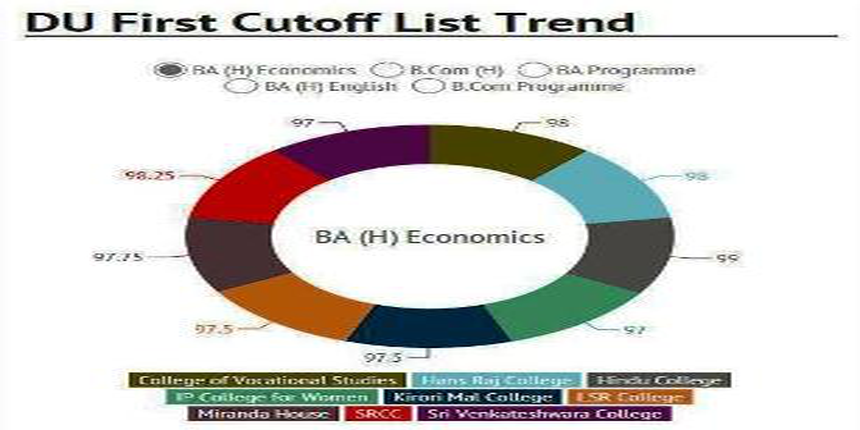 Delhi University First Cutoff List 2015 has been announced on June 24 midnight by Delhi University Colleges for admissions to various courses. Candidates will be admitted to the various courses for which they have applied once they meet the cutoff for DU Admissions 2015 as announced by the respective colleges. Candidates can check DU First Cutoff List 2015 on this page through the official list to be published on the scheduled date.

Latest : University of Delhi has announced DU First Cutoff 2016 for admissions to UG programmes across the colleges. Check here !!

University of Delhi will be admitting aspirants for various courses between June 25 and June 27, 2015. Moreover, the candidates will have to remit the admission fees in the scheduled admission window itself.

* Colleges are in Alphabetical Order

Delhi University Admissions 2015: How to Calculate Best of Four Marks

Stay tuned to university.careers360.com for more news and feature articles on DU Admissions 2015