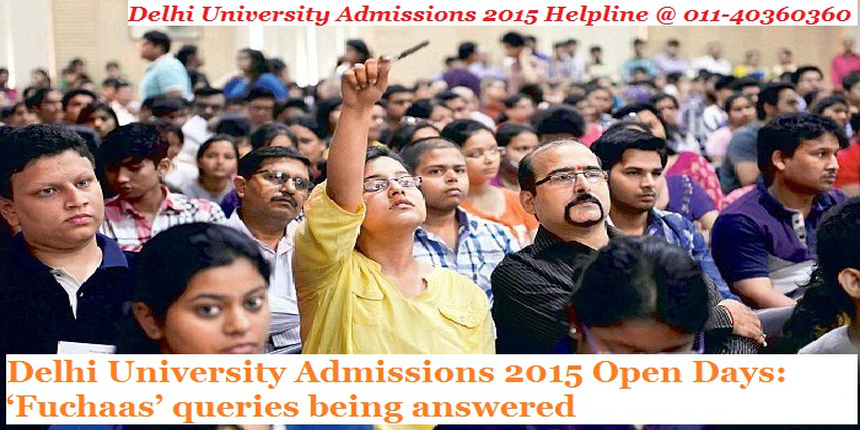 Delhi University has begun DU Open Days 2015 from May 21 at Conference Centre, North Campus, which witnessed relatively a smaller crowd than the last year. This year around 500 DU aspirants visited at the first day of Open Days with several queries including Courses, girls’ quota, ECA/Sports Quota, Age bar, Year gap and Caste certificate. While, last year the University had held the Open Days at two different venues, this year taking care of the hot weather and convenience of DU aspirants, only one venue has been scheduled for the same.

The Central University conducts Open Days every year to satisfy queries of DU aspirants, interested in taking admissions in the University for 3-year Undergraduate Programmes. The 10-days long schedule will end on May 30, 2015.

Careers360 covered the first day of DU Open Days and provides you first-hand information on DU Admissions 2015 Open Days. Read below to get the complete news including what happened and what were the queries on 2015 Open Days.

Opening of DU 2015 Open Days – The University officials began the 10 days interactive session with a presentation on Delhi University and informing about the founding of one of the Premier Universities. After the session, Prof. J.M. Khurana, Dean of Delhi University Student’s Welfare (DUSW) detailed about Delhi University Admissions 2015, including Application Form, Eligibility Procedure and Courses.