DEC: Playing with the student's life! 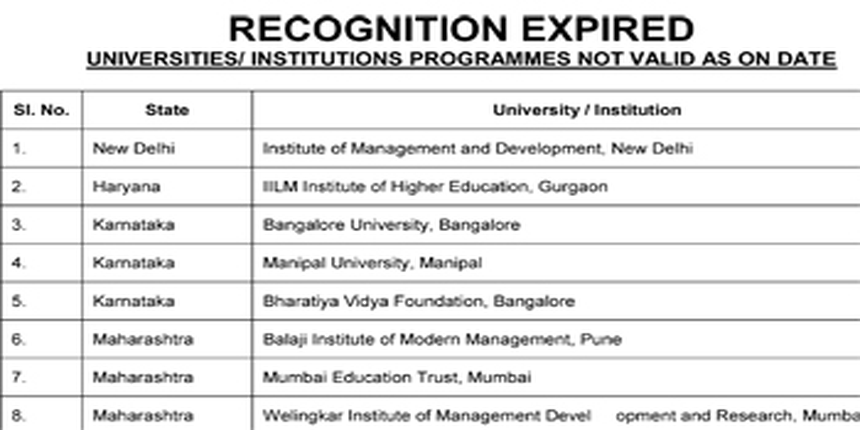 ON October 8, 2012, the newspapers reported about an announcement by Distance Educational Council (DEC) regarding the recognition statuses of the Distance Learning operations of 25 institutions (universities and institutes).

In essence, with one single announcement, they have put a few lakh students at risk. Careers360 phonelines have been ringing non-stop as students are anxious. What will happens now?

We actually don’t know. In fact nobody knows. Off the record, DEC officials agree that the notification is futile but nobody is willing to talk on record. But the move reeks of a callous attitude towards the student’s welfare.

DEC’s recognition policy
It does not approve programmes but determines the capabilities of institutions to deliver programmes. If capabilities are what one assesses, how could these vanish overnight?

Not even once has DEC cared to explain what the expiry of approval means for the student. When an institution’s approval expires, does the institute lose the ability to offer the degree? If that is not so, then who is responsible to ensure that they are recertified before the expiry of the deadline?
There are many universities, where DEC has offered provisional recognition. For instance, the site says that Arunachal Pradesh University has provisional recognition. But according to the DEC website, the recognition is valid, “till the committee visits and submits its recommendations and a decision is taken by the DEC.”

So, an institution, which is not inspected by DEC can continue to offer programmes. But institutions which are approved for a particular period, are not re-approved; the DEC website says their degree may not be valid. In other words, if you are a student registered with Punjab Technical University, on March 29, 2012, the university has the ability offer you quality education. But according to the DEC notification, from April 1, 2012 the same university has lost the ability to do so.

History repeats itself
DEC fought a similar battle with Delhi University a few years back. When the matter went to courts DEC had to give a post-facto approval to all graduates of DEC. So, there is a full possibility that all these will universities apply to DEC for inspection, and gain their approval again.

If so what happens to degrees offered in the interim? If you are a first-year BCA student registered with PTU in 2011-12, then your first year is valid, your second year is invalid and in case PTU regains approval in 2013-14 your third is valid.

DEC must clarify the following:

Turf wars
We have made several attempts in the last week to meet the officials at DEC only to be told that DEC is in a state of flux because of an administrative order by Ministry of HRD about moving DEC to the offices of UGC till the Education bills pending in the parliament are passed. So while the regulators battle it out, who controls the territories, the student is left to fend for himself.

Will the DEC answer?

Editor’s Note: We have filed the above set of questions to DEC under the RTI act, and will update  readers as and when the response comes from DEC.