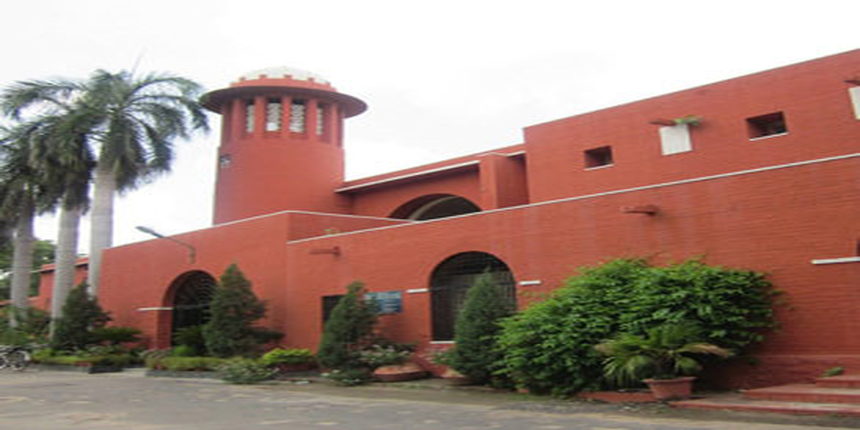 AFTER topping her BA (English Hons) class, Deepika Yadav could easily have gone for a Master’s but chose to enrol on a Bachelor of Education or BEd course. The decision to study for BEd at the Central Institute of Education (CIE) of Delhi University (DU) wasn't taken without a degree of apprehension; Deepika’s choice would lead her into the ‘down-to-earth’ life of a school teacher when she had the momentum to pursue high-flying careers in the media or the business world.

“I wanted to have a professional qualification and had received positive feedback about the BEd course at CIE,” says Deepika. Her choice turned out to be an experience of a lifetime, socially and intellectually. “The BEd course had the power to entice even the most introverted to come out of their shell. And I greatly value the opportunity I had to interact with people from diverse academic backgrounds,” she says.
The second rank that Deepika bagged in her batch was a testimony of the level of her involvement in the demanding, activity-packed process of being groomed to be a school teacher. The offer of a teaching position that she has recently been offered in a government school is the icing on the cake, even though she also has the option of pursuing a Master's in English.
The Basics
Demand for BEd

Colleges of education have traditionally been dominated by students of humanities, but the BEd course has lately been attracting students of an increasingly wider range of academic backgrounds. “Media professionals, MBA graduates, air hostesses and people from a variety of professions are choosing to pursue BEd owing to more and better prospects, not just in India but also overseas,” says Dr. Renu Malaviya of the Department of Education at Lady Irwin College, Delhi University.

Interestingly, BEd is greatly favoured by women who marry defence personnel; school teaching is one of the few professions that allow them to accompany their frequently transferred husbands without the fear of a complete breakdown of their careers.  cognition

Compensation
The profession of school teaching, in the public as well as private sector, is widely affected by government regulations, including the salaries. The Sixth Pay Commission, for example, has recommended a hike of Rs 12,000-13,000 in monthly salaries of school teachers.
“Currently, a TGT of a government-run school can earn Rs. 26,000 per month while a PGT can take home as much as Rs. 38,000 per month, even at the entry level. The salaries are even better in some of the prominent private schools,” says Malaviya.
What recruiters look for
Dr. Saroj Sharma, the Dean of the School of Education of Guru Gobind Singh Indraprastha University (Delhi), says the abilities of potential teachers are assessed in terms of the objectives of education. “It is the cognitive, affective and psycho-motor domains (the classification of educational objectives proposed by American educationist Benjamin Bloom) that influence the selection of a teacher. They translate into the abilities to facilitate understanding, to motivate, to demonstrate, and to help students learn by doing. These qualities are integral to the teaching profession,” she says.
Anjali Aggarwal, Principal of St. Mark’s Senior Secondary Public School (Delhi), believes that a BEd degree is not enough to get you a job since recruiters look for personal drive and enthusiasm like they do for any other employment, “Patience, the willingness and ability to learn, to evolve continuously and get better with the passage of time is important,” she adds. In other words, school teaching cannot be a half-hearted job. It demands full involvement and ceaseless effort on the part of the teacher.
Myths
More reasons?
Some of the exciting changes that the BEd course, as also the entire school set up, has undergone in the last few years have been with the objective to support innovation. For example, Lady Irwin College uses in its BEd classrooms electronic ‘smart boards’ which are designed to be used for a variety of tasks other than just a surface to write on.

Guru Gobind Singh Indraprastha University says it makes extensive use of information and communication technology and innovative practices such as micro-teaching. All said and done, the question remains: Why do people choose to be school teachers?

“For the incredible satisfaction of teaching and nurturing students only to have them come back, express their gratitude to us for the success they have achieved, and to seek our blessings for future ventures,” answers Dr. Neelima Asthana, Head, Department of Education, Lady Irwin College, New Delhi. That should sum up the teaching profession for the discerning.

Do you have a query about BEd programme? Careers360 will answer your queries through the month of September. Post your queries today!